You are using an unsupported browser, so some of the features and functionalities of the site might not work as expected. Please update your browser to improve your website experience.
Home > Blog > Success Stories > After Trying Multiple Diets, Tom Found Success With Profile

Thanks to Profile, Tom is down 33 pounds and 21.5 inches. He has been celebrating several NSVs like all new clothes and blood pressure medications cut in half.

Tom Winterstein of Columbia, SC asked this question to his doctor,

Ten years ago, Tom was at his heaviest, around 250 lbs. Throughout his adulthood, he tried numerous plans to lose weight, but nothing worked. His family history includes obesity, so Tom admits that his “gene pool was kind of tainted” before he even began a weight-loss journey. In June of 2020, at an annual visit with his doctor, Tom asked him what he could do to lose weight since his previous attempts had failed.

His doctor, Dr. J. Frank Martin, Jr. M.D., handed him a Profile business card and a brochure and said, “I have another patient in Profile who is having success; you might want to give them a call.”

Tom was skeptical about beginning yet another weight-loss program. He had tried Body for Life, Keto, The Mediterranean Diet:

“You name it; I tried it, and nothing worked.”

He continued his skepticism by waiting 6-8 weeks to call Profile. When he began on Labor Day, 2020, he went in with an open mind, willing to try anything and being upfront about his doubts to Tracy Stursberg, his newly appointed Profile coach. 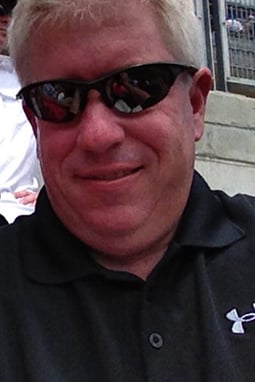 Being computer science-minded, Tom’s mantra is Plan, Monitor, Adjust. He describes his first 15 months as one would when creating a computer program:

Plan: Tom began his Profile journey weighing 216 lbs. with an initial goal of being under 200 lbs. His plan to get there was to follow Profile to the letter and meet with his coach weekly.

Monitor: Tom meticulously followed his individualized weight-loss plan for the first month monitoring his foods with the following result: absolutely no weight loss, not one pound. Always the skeptic, Tom wanted to say, “Told you. This is just another in the long list of Tom Winterstein’s plans that just didn’t work for me.” But, he didn’t because his coach asked permission to confer with his doctor.

Adjust: With no weight loss at all that first month, Tom’s doctor began to search for a cause so Tom could experience weight-loss success. Through some blood tests, his doctor realized Tom was experiencing some issues with his thyroid. Since he was already on medication for his thyroid, for the next 6 weeks, they adjusted his dosages trying to find the right one. Once found, Tom began experiencing weight loss and reached his first goal: to be under 200 lbs. Tom celebrated the new year, 2021, at 198 lbs.: “This is the first time after 30 years of marriage that I was under 200 lbs.!”

Obesity was not the only issue Tom was dealing with at the time; he was on medications for high blood pressure and Type 2 Diabetes. Because Tom dropped 18 lbs., he was able to cut his blood pressure medication and metformin in half. But, with this cut in metformin, over time, he experienced a 10 lb. gain, so he climbed back up to 208 lbs.

Tom persevered! He had met his goal of under 200 lbs., so he knew he could do it, and he was getting healthier: blood pressure medication was cut in half, metformin cut in half, and A1C levels fell from 6.0 to 5.4, so he was determined not to give up. Because of his better health, he knew Profile could work for him; more adjustments could be made to see more success.

From March 2021 to December 2021, Tom kept at it. He worked closely with his Profile coach meeting regularly with her, following his food plan, and starting a food log. He worked with his doctor to adjust his medications and monitor the results. Finally, through planning, monitoring and adjusting, Tom started to see his weight drop once again. On June 1, 2022, he weighed 183 lbs., a total loss since 9/2020 of 33 lbs.; 25 lbs. lost this calendar year.

Tom credits his perseverance and ultimate success to a partnership:

“I have a 3-way partnership which includes my doctor, Profile, and me. My doctor gives me health information and all my medication adjustments. My Profile coach gives me macro breakdowns, weekly meetings, and accountability. Me? I had to do all the work with the knowledge they supplied.”

His struggles taught him that a person’s health is a combination of many factors, and if you adjust one of those, it may affect the other. It took time for his doctor to find the right medication combinations to point him in the right direction to lose more weight.

Tom is thankful for Tracy; he considers her a friend. She keeps him accountable: “What are you doing to work out this week; tell me what your goals are.” She asks him his goals, and they work together to get there. When asked how far you want to go in this weight-loss journey, Tom and Tracy set goals together. The 1-1 coaching with Profile makes a difference.

On and Off-the-Scale Success

Tom’s 33 lb. drop from 216 lbs. to 183 lbs. shows Profile’s success on the scale, but this was not his only success. As a result of the 33 lb. loss, Tom has seen off-the-scale successes such as a loss of 21.5 inches, all new clothes, walking 3-5 times a week, a new Peloton, and a return to weight lifting, and high blood pressure medications cut in half. At the beginning of his weight loss journey, his A1C levels were at 10.4; with Profile’s help, those dropped to 5.4.

Considering Profile? Tom recommends surrounding yourself with like-minded people; they will be your unofficial support system. He says that Profile teaches you how to do the work, and how to make those lifestyle changes for the long term. Each week, your coach helps you stay committed, to making weight loss happen. Tom remained patient. In those first six months, he experienced weight loss and was taken off some of his medications which kept him going. Persevere. 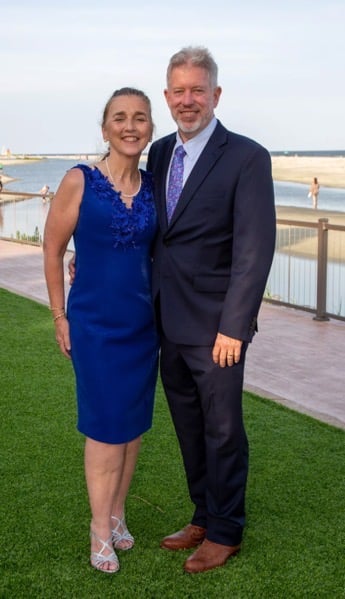