"It's a Lifestyle, Not a Diet! My Story Will Always Continue."

Milissa Merritt held a busy administrative assistant position as a customer service representative. She was successful at her job because of her attention to detail and structured approach to each task. In September 2018, she retired and was excited to begin each day with her own agenda rather than someone else’s. This quickly became difficult when she discovered she was unable to enjoy the new time she now had with her family and friends because of health limitations.

Retiring from a sedentary job, Milissa now found herself tired and in pain:

“I couldn’t walk across the street to my neighbor without being winded. I couldn’t take a long walk without my knees, hips, or back hurting. Everything just hurts.”

She knew it was her weight causing the issues.

Milissa thought about losing weight, a couple of times, and was successful for a short time. She dropped 40 pounds with WW, and then fell off the plan and never returned:

Milissa also tried to lose weight on her own, was somewhat successful, but

“you don’t change your ways and your mindset when you’re working on your own.”

Milissa also struggled with the feelings that come with being overweight. Though she looked happy on the outside, she was unhappy on the inside:

“I was very unhappy with myself; I just didn't like the way I looked in photos. I would hide behind someone for pictures because I didn’t want people to see how big I had gotten.”

Christmas 2019 rolled around when Milissa saw her brother-in-law, unaware that he had started a weight-loss program. When she saw him again in February 2020, he had completely transformed:

“What happened to you? What are you doing? Tell me! If you can make it work and you like the food, I know I will!”

His testimonial led her to Profile.

Milissa was 330 pounds, had a BMI of 53.2, and has two bad knees. On March 1, 2020, the official beginning of Covid, Milissa decided to take charge of her weight loss journey. She phoned Profile Plan and committed 100% to her individualized nutrition plan.

The Beginning: The First Few Weeks

The beginning of Profile was a little hard for Milissa because her body was going through a transition period.

"I was eating all this sugar, starches and junk food before, then all of a sudden I’m not. My body was confused.”

The difficulties were easier to ignore when she lost 6 pounds the first week.

Her weight was continually dropping, and Milissa was became more active walking at least a mile and a half at a time and enjoying a personal trainer with a gym membership. Her “fat just melted away” and when Milissa received double knee replacements right in the middle of her Profile journey, she was convinced the surgeries and recovery time would slow her weight loss progress. That was not the case:

“I went up a little initially because I had to increase my calories for recovery, but overall, I was still losing because I was following my plan.”

No Ending to Milissa’s Story 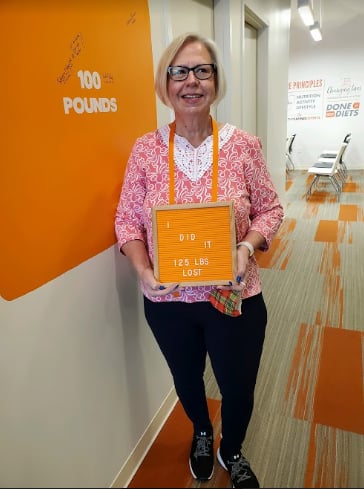 As of January 2022, Milissa no longer has sleep apnea and requires a sleep machine. She has more energy, daily naps are a thing of the past, and “nothing hurts anymore.”

She is now happy on the outside and the inside:

“Before it was no fun shopping; I had two stores to shop in. Now I can go anywhere and pick off the rack and make it work! I don’t hide anymore; now I stand in front in pictures. I’m not embarrassed to go places. I want to be out there; I want to go out.”

Milissa sees Profile Plan as a lifestyle, not a diet, which is why her story is not ending at her goal weight of 175 pounds. She has since transitioned into a phase that helps her sustain her goal weight. She uses the Profile app to create her grocery list, then shops, and when home, she immediately places her food into portions for easy access. She is definitely into Profile for the long term.

How Profile Worked For Milissa

Profile is easier than any other program she has tried. Milissa is successful with Profile because she is detail oriented and takes a structured approach to it:

“We have access to an app that has our meal plan all laid out. I know what I can have for breakfast, snack, lunch and dinner. It's very black and white.”

She admits she’s not a fancy cook and has never required a gourmet meal:

“I’m perfectly happy sautéing my meat and vegetables with a Profile marinade or dressing and adding a little olive oil and cheese.”

If Milissa gets a little creative, it would be with the shakes. She adds frozen avocado for a creamier shake giving it an ice-cream texture, and sometimes she will make the shakes into puddings for a dessert option.

Profile also adds a one-on-one coach into the weight-loss equation. Milissa, in a phase of sustainability, still visits with her coach once a week. She says her experience with a coach has definitely been the best part:

“I don’t think anyone should try to lose weight without coaching. They're there to support us and supply the tools to help point us in the right direction. There might be a few family dinners and restaurant meals along the way, but the coach guides you through those by giving wise food choices.” The coaches “are a huge support; they know what works. Trust them.”

“Trust the process; it’s designed by doctors. It works.”

A Health Screening Leads to Profile

Deidra works for a company that offers health screenings to encourage employees to take advantage...
Women 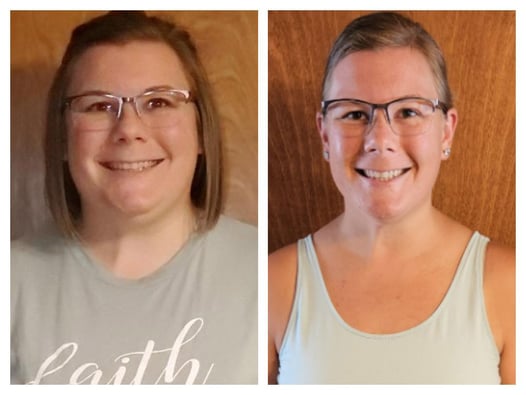 The Dress That Doesn’t Fit Emily, a Nebraska resident, is a 9th grade band and choir teacher for...