You are using an unsupported browser, so some of the features and functionalities of the site might not work as expected. Please update your browser to improve your website experience.
Home > Blog > Success Stories > Elena’s Journey: From Skeptic To Supporter

Elena’s Journey: From Skeptic To Supporter

Through healthy eating and health coaching, Elena lost weight, regained her health and confidence, and transformed her life with the help of Profile!

Elena Rodriguez was so skeptical that Profile could help her reclaim her health that she refused to take a before photo. “Oh man, I wish I had done that,” said Rodriguez, who has lost 74 pounds* and regained her health and her confidence.

An Unhealthy Relationship With Food

Rodriguez’s weight had been up and down since the birth of her first son, who was born with a spinal defect. “Before, I was very active. I was a dancer,” said Rodriguez. Taking care of a new baby with health problems was a challenge. “It became my whole life,” she said. After a few months, she found herself eating unhealthily, skipping the gym and quitting her dancing. “My weight has been on a rollercoaster ever since.”

With her two sons now grown and out of the house, she realized she needed a change. After growing accustomed to cooking for her husband and two growing boys for years, Rodriguez needed to relearn how to cook healthy. “Every weekend, we were going out to eat,” she said. “And then there’s the potlucks at work. I have had an unhealthy emotional rollercoaster with food. I didn’t like what I saw in the mirror.”

Rodriguez mentioned the Profile Plan to her husband, who had witnessed co-workers find healthy habits and the two of them signed up to be members. “I wondered how this was going to be different,” Rodriguez said, especially after having tried numerous popular diet plans.

Frustrated that she was 47 and had planned to lose the weight by 40, Rodriguez saw it as one final shot. “This is the last thing I’m going to do,” she said. “If I do it, I’m going to follow it to a ‘T’. I didn’t want to throw my money away again.” She was surprised when she followed the comprehensive plan, stayed accountable with a coach and it worked. “It was easy,” she added. “Coaching was all new to me but it made the difference. If somebody was going to help me progress, they needed to understand my emotional rollercoaster. When you fall, they pump you up. They become invested in you and are completely committed.”

Once Elena hit the 30-pounds lost milestone, she realized that the plan was working. She thought: “This is really happening,” The program taught her how her body works and how weight loss plays into that. “My coach has trained me to understand ketosis,” she said. “I had to understand that. They were changing my body from the inside out. I started to look at food differently.” 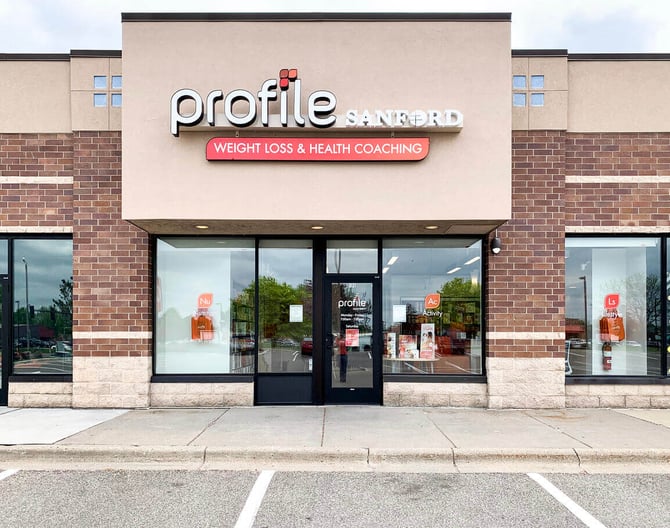 Living Well On The Plan

Rodriguez said the transformation has touched all areas of her life. “I’m energetic, I sleep better and I love the way I look,” she said. She is no longer borderline diabetic, does not experience vertigo, is off her blood pressure medication and anti-depressants and has noticed improvements in her skin and hair. “It literally turned my whole world inside out, in a good way,” she said.

After Rodriguez lost the weight, she talked with another woman who had lost weight but gained it back. The woman joked with Rodriguez that it “probably doesn’t help that I keep a bag of M&Ms at my desk.” Rodriguez was astonished. “You have to do things within reason,” she said. “If you have a sweet tooth, you don’t keep M&Ms around. You need to be smarter than that.”

She is done making excuses for not being healthy based on her culture. “I’m from Spanish descent, so we eat a lot of carbs, tortillas, rice and fried foods,” she said. “I think a lot of this is based on genetics, but now I have tools to help me. I want to scream out loud, ‘It doesn’t matter your background or nationality.” Rodriguez said she’s just getting started. “I was a size 22 and now I’m a size 16,” she said. “People don’t believe I’m 48 and a grandmother. It’s a good life.”

Carole’s Journey to Motherhood With Profile