Blake and Lisa lost weight together on Profile by Sanford. Check out their story. 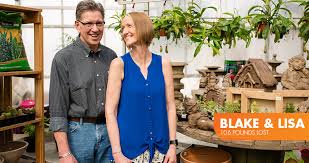 Lisa Strandberg has her sights set on running a marathon and knows it’s something she can accomplish thanks to the healthier habits she’s learned through the Profile by Sanford program. “I have the energy and nutrition I need to complete my marathon,” said Strandberg, who has lost 35 pounds* on the program and is currently in training for the race. “I truly believe that I can live a much healthier lifestyle for the rest of my life.”

One of the keys to her success has been her boyfriend, Blake Roepke, who started the plan with her and has lost 66 pounds* on the program. They were drawn to the program because it was something they could tackle together. The couple has made both small and large changes in their life – from going to the gym a couple times a week to keeping his hands off the donuts in the break room at work. Together, they are exercising more and making better food choices. Roepke said it has made all the difference to have his girlfriend on the same plan. “Her support has made all the difference,” he said.

The couple has made an effort to share their experience with others and find joy in the fact that several people have decided to get healthy because of their testimony. “I talk to others all the time about trying it,” she said. “Profile is a great program to use. I was never hungry and never weak and tired. The shakes were good. The bars were good. Everything had a good taste. I have tried other programs, but when you stop the weight comes back on. So, in the long run, it’s not effective.”

Roepke said he too had tried other programs and had a hard time maintaining success. “I lost a little and then gained a lot,” he said. Roepke said it was encouragement from his doctor and coworkers that helped him sign up. High blood pressure, high cholesterol and ill-fitting clothes made Roepke realize he needed a change.

More than his appearance, Roepke said his health improved greatly. “From October to January, my A1C went from 6.7 to 6.2 and my cholesterol from 231 to 176,” he said. And those clothes? His jeans went from a tight size 38 to a loose size 32.

Strandberg said that as she works toward her marathon goals, it’s been important to develop healthy habits through a program that taught her lifelong health habits. “It’s smaller portions and healthy options,” she said. “I have more energy on a daily basis.”

Tapping in to the resource of a coach has been invaluable. “It was accountability, but also the wealth of knowledge my coach has,” she said. “It’s much easier to stay on track with structure and accountability. I’m thankful.” Blake agreed, adding that their coach is knowledgeable and encouraging. “Jessie knows her stuff and when she tells me something, she not only tells me, she tells me why,” he said. “She is always happy and full of energy.”

After months of living differently, the couple’s goal is in sight. As they approach the final stretch of their weight loss journey, they know they’re far from finished. The couple looks forward to sustaining their healthy habits as Profile members after they hit their goal weight and on into the future.

Learning How to Live a Healthy Life: Lynn’s Story
Living Your Best Life with Profile
Tidy Your Lifestyle! 4 Steps to Start Living a Simplified Joyous Life